It’s summer, the time of annual vacations all over the world, and now is the right time to take a break on the business front. The same is true in Trollhattan, for a long time there has been almost no news from the company NEVS, that is, what was left after the end of the bankruptcy process and the sale of assets.

In the last year, we hear from Trollhattan sometimes just a little bit of news, but nothing spectacular. These are mainly press releases in which the company announces that it has entered into partnerships with various smaller companies related to autonomous driving and electrification. Even, as expected, company representatives appeared at the big Saab festival traditionally held in Trollhattan.

The latest news is that NEVS entered into a kind of partnership with a small local software company MIMER, whose expertise is databases. The company Mimer is practically a small startup that developed from a research project at Uppsala University in Sweden. Their business SQL database has achieved great success and according to them it has been implemented in numerous companies, in different business lines around the world.

The company Mimer is practically a small startup that developed from a research project at Uppsala University in Sweden. Their business SQL database has achieved great success and according to them it has been implemented in numerous companies, in different business lines around the world.

And this is not some news, it is probably related to the additional improvement of NEVS autonomous vehicles and their remote control. However, there is still some interesting news.

Our loyal reader Henrik Sundberg pointed us to an interesting event in Trollhattan and a small piece of news published by the local media.

He recently found an article in “Trollhattans Tidning”, unfortunately not possible to view for free, but it seems to be interesting.

It says that a new company has been registered with the name “Stallbacka Mobility AB”, and head of the company is Stefan Andersson Tilk (President at NEVS). Interesting, The company shall develop and manufacture electrical vehicles, and Address is the same as the head office of NEVS?! Now what does this mean? What are these announcements and what does the formation of a new company mean next to the existing NEVS company.

As our reader Henrink himself believes, this might not be any big news, but to him it sounds like “some sort of progress”, either in the search for new owners for NEVS or in a new direction. At the same time as they are continuedly recruiting more engineers to NEVS.

Besides this news, there are no other indications for now that there will be any big changes, so even this small news should be taken with a great deal of suspicion. It remains to be seen if there will be some good news from Trollhattan for all the Saab car lovers who were present in such large numbers at the last Saab Festival. 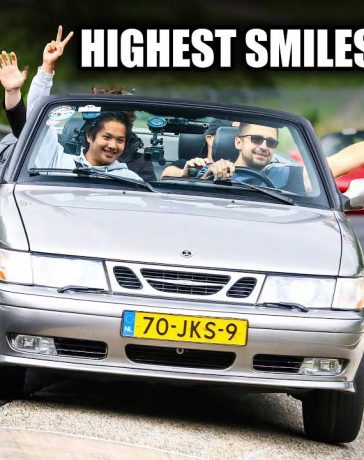