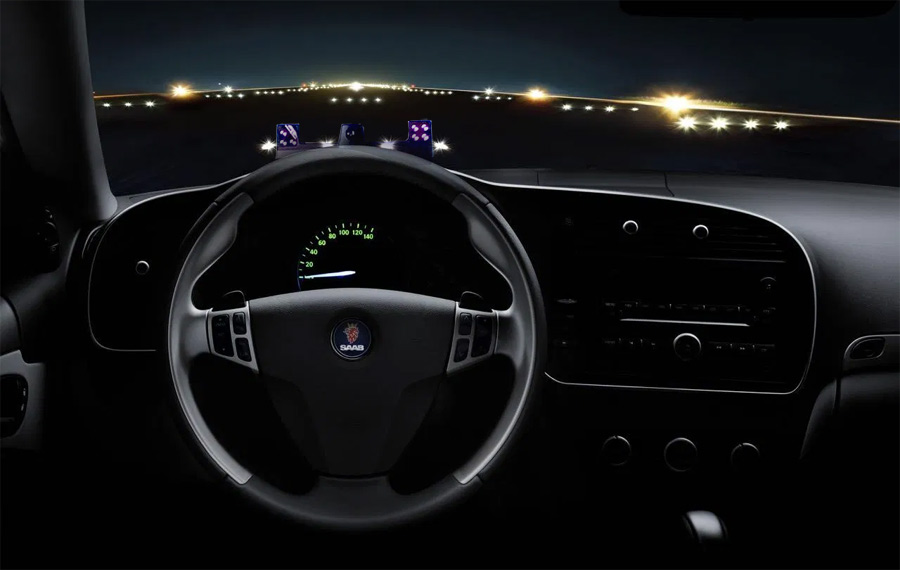 At the same time as Volvo was testing its own Driver Alert system, Saab had an similar safety solution. If it were lucky, and with Saab making new cars, this system would be in every Saab car, and here’s how it was conceived. The system was introduced back in 2005.

Here’s what you can find below:

Stay Focused on the Road

The Saab system (also known as SAAB Tiredness alert system) helped the driver to stay focused on the road by developing a safety system that monitors eye and head movements, issuing a warning signal if the attention of the driver strays long enough to risk causing an accident.

Now, after 15 years since then, only some manufacturers have similar solutions, and this speaks to how ahead Saab was, and we believe that like other safety subsystems, it would be part of every new Saab car.

And that’s not all, this system has even more advanced features. “The other car appeared from nowhere! I just didn’t see it.” Drivers often make such comments after an accident or a near-miss. In truth, it is an admission that for a brief moment the driver was not concentrating fully on what was happening outside the car.

Drivers are not Aware of the Distraction

It’s an experience behind the wheel that most of us would admit to having at one time or another. It is understandable because drivers can sometimes have their attention momentarily distracted for a whole number of reasons.

It could be a case of searching around for that favorite CD; looking at an advertising billboard a little too long; ‘rubber necking’ while passing the scene of an accident, or trying to find a street sign along an unfamiliar road.

Taking into account vehicle speeds – at 100 km/h, a car travels 26.6 meters in just one second – the consequences of such lapses, no matter how innocent or brief, can be extremely serious.

Saab was pioneering then a unique driver attention warning system that is designed to overcome the hazard of driver distraction. It is based on what the driver actually does behind the wheel, instead of what he or she should be doing.

Saab safety engineers then created it a unique driver attention warning system that is designed to overcome the hazard of driver distraction. It was based on what the driver actually does behind the wheel, instead of what he or she should be doing.

Monitoring System Based on Micro-cameras and Software

Two miniature cameras with infra-red lenses were installed in the car to monitor the driver’s eye and head movement. As soon as the driver’s gaze moves away from what Saab calls the ‘primary attention zone‘, the central part of the windscreen in front of the driver, a timer starts counting. If the driver’s eyes and head do not return to the straight ahead position within about two seconds, a buzzer will sound. And if there is still no response, a brake pulse will be delivered through the car’s ESP system.

The measurement and processing of the infra-red image includes the relationship between eye gaze direction and head movement. It is sufficiently accurate to detect when the driver retains some peripheral vision of the road ahead – such as while looking in the rear-view mirror or turning a corner – and will consequently allow a slightly longer time to elapse before activating the warning buzzer.

The software was speed-sensitive. In this way, the system can distinguish between a busy, city driving environment and more open highway driving at faster speeds. In low-speed, as in city driving, there is a wide driver attention zone, allowing for plenty of head movement but a shorter time ‘buffer’, before the warning buzzer is triggered. High-speed mode would revert to a narrower attention zone and a longer time buffer due to reduced traffic densities. 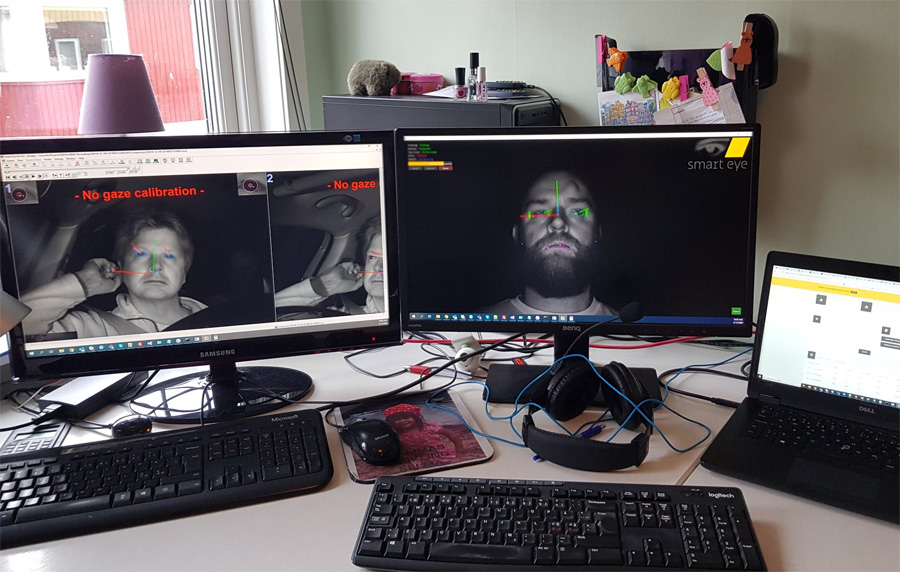 To further distinguish between prevailing traffic conditions, the warning system could also be linked to the satellite navigation system. The buffer time zone would then, for example, go to a short zero tolerance setting when the car is near a school or a hospital. Infra-red imaging has been chosen as it gives clear reproduction independent of light conditions.

For maximum accuracy, two cameras were fitted to a Saab 9-3 Sport Sedan test and development car, one at the base of the driver’s A-pillar and the other in the center of the front fascia. In commercial production (that it ever happened), these very small, mini lens cameras would be completely hidden behind the main fascia paneling. 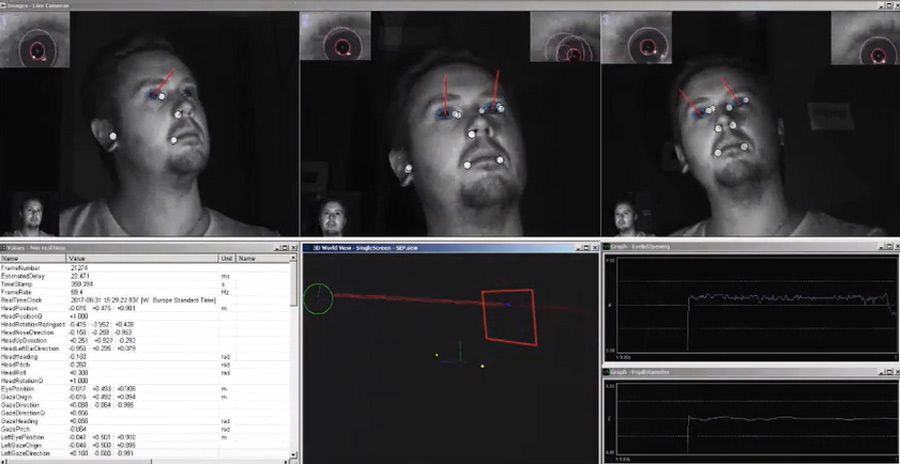 At that time Arne Nåbo was Saab’s chief of ergonomics who is leading the development project, and here is what he says about this advenced system: “The fact is, in everyday driving, we know people actually do take their eyes off the road quite a lot and we are now developing a means of helping drivers to help themselves. This system will help prevent a dangerous habit we call ‘cognitive tunneling“. For example, the driver may have a map book open on the passenger seat and keep glancing between the map and the road. The driver can eventually get too absorbed in trying to overcome the challenge of plotting directions on the map and simply gets distracted for too long.”

Apart from its primary driving safety function, there were further potential applications for this technology, such as:

Saab constantly sought to minimise the potential for driver distraction. Its ComSense safety strategy includes the use of a ‘dynamic workload manager’, introduced with the first generation Saab 9-5 sedan in 1997. This enables the brief suppression of dashboard warning messages, or the interception of an incoming call on the integrated telephone, when a moment of high driver workload is detected by the operation of the indicators or heavy braking.

Under the ComSense umbrella, Saab also prefers green, instead of red, for instrument illumination at night because research shows this to be a more restful and less distracting color for the driver. In the same way, a ‘Night Panel’ featureon Saab cars allows the driver to minimise distraction by switching off, or dimming, all the main instrumentation illumination at night (expect for the speedometer).

A driver attention warning system could have been the next technical step forward for ComSense. It is seen as a natural extension of Saab’s traditional ‘real-life’ approach to safety provision. Just as crash impact protection is optimised through studying the results of real accidents on real roads, this driver warning system was designed to deal with actual, ‘real-life’ behavior behind the wheel, in everyday conditions.

“The hardware is reliable and relatively inexpensive. We are now concentrating on fine tuning the timing of the buzzer and the nature of the final warning alarm. A brake pulse, which does not engage the rear stop lights, is currently the preferred option,” Arne Nabo said that time, exactly 15 years ago.

Programming and data processing has been carried out in liaison with optical technology specialists SmartEye AB of Gothenburg, a company that still deals with these technologies today. If it was luck, this technology certainly would as commonplace in Saab cars as cruise control. 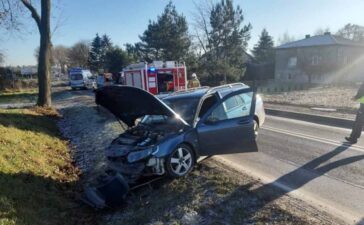 Even if you are alert and watching everyone’s vehicle a driver may just enter your lane out of nowhere and... 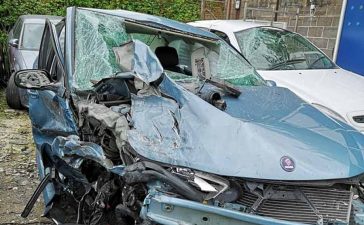 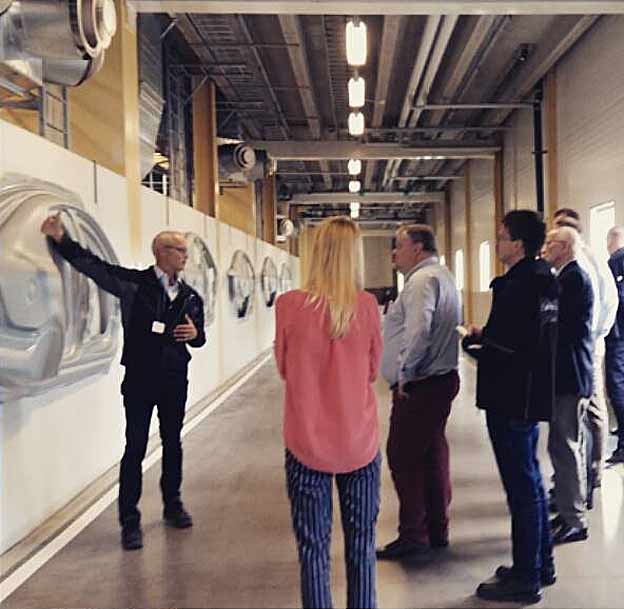 Presentation of the new NEVS brand in Trollhätttan 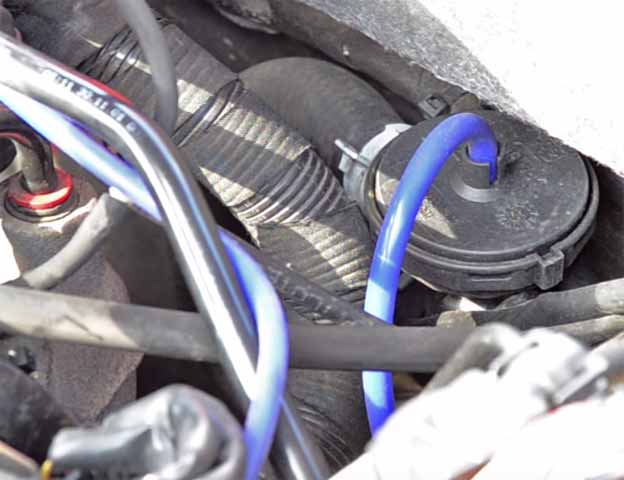 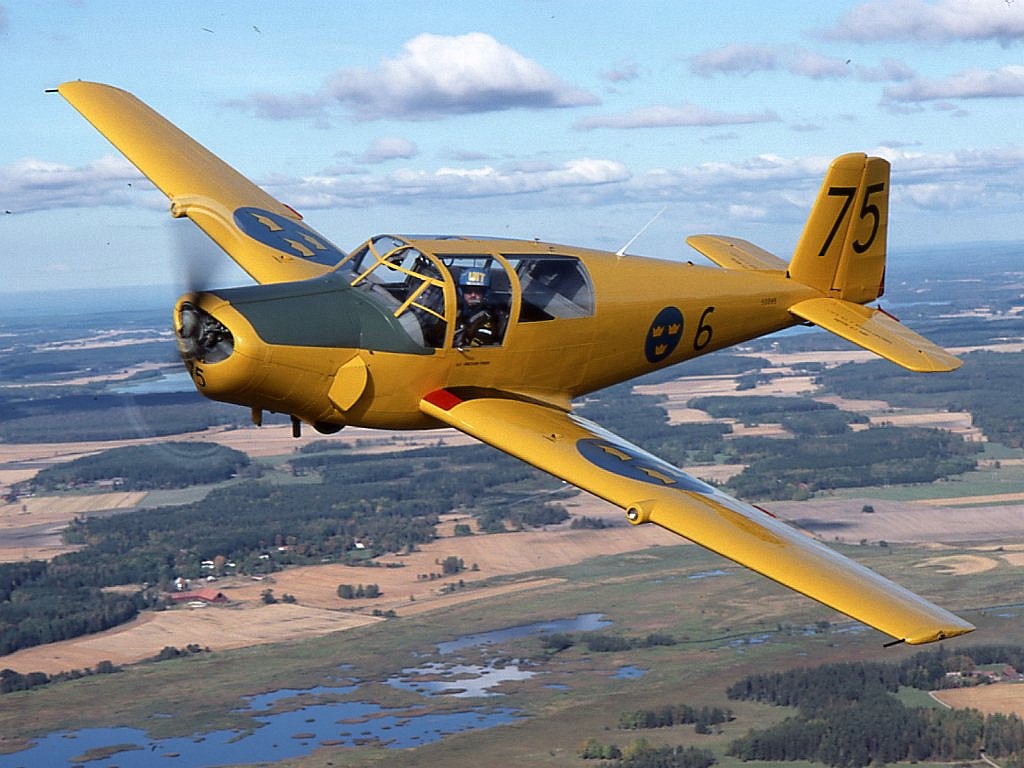 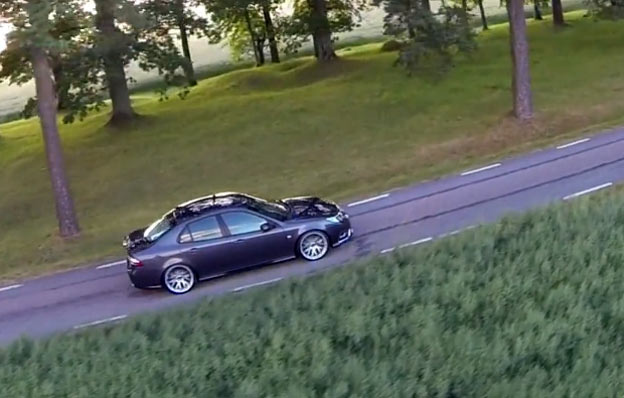