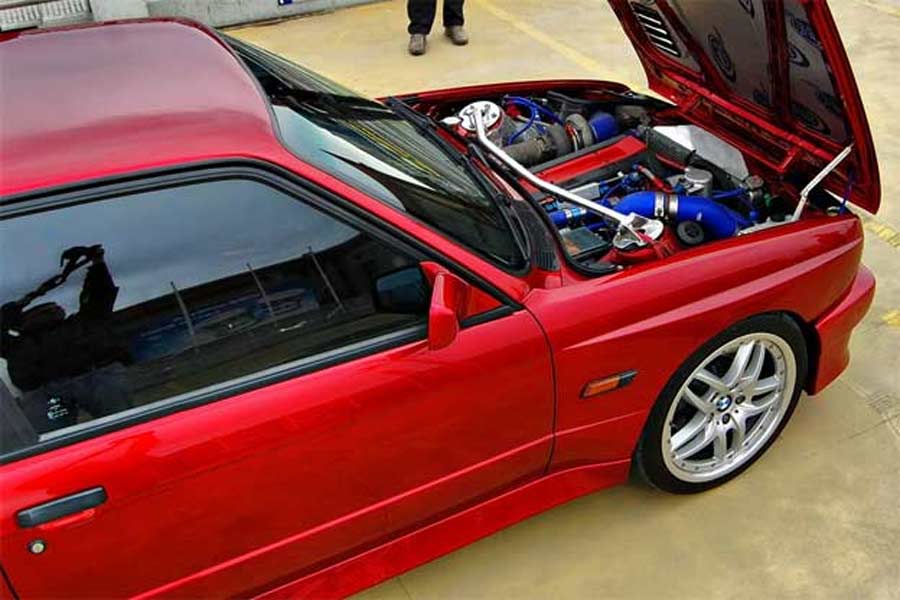 Project called AERO M3 Turbo was conducted by 011 Racing Team of tuners from Belgrade, Serbia. The car was started as a salvage project for a nearly destroyed engineless M3 chassis.

So let’s go in order, here’s how the project went:

The idea was to use a SAAB engine, which is a very reliable choice and able to cope with bad fuel quality they have in Serbia, and to build a car that will be used on occasion, for track, etc. In the meantime team leader Aleksandar decided to built an all-round car with no corner left untouched, so this project was started, and took 2 years to finish.

B234 for BMW M3 Drifter from Maptun Performance

The result is the car shown here. Car was built by members of 011 Racing Team in Belgrade, Serbia, with lots of ideas, help, input and advices from Presho, guys at Maptun, Cannonball Forum, and lots of other people. Concept was created by Presho a.k.a. BOOST, built by 011 Racing Team: SAAB B234 2.3l, Trionic T5 engine management featuring automatic ion knock and boost control, individual Stage X tune by Fredrik from Maptun Performance. 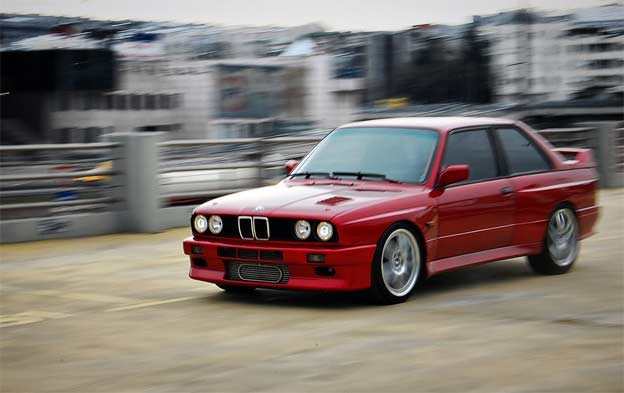 Rototest Results and Performance of Tuned B234

Why a Saab engine and not a BMW engine?

And now, the reason for the length of this project. Aggregate and power. If you set yourself very high goals, then you cannot achieve them in the conventional way, but you have to push your boundaries beyond the rational and expected. That’s why this car got the SAAB engine first. If you do not know about this project, then you are probably shocked. When there is disbelief at all these forks rolling around on the floor. There are more reasons for this move than AGAINST.

First of all, Swedish engines are known for their durability, even when well fed with power. And this one was nailed down to the max due to the surprising availability of hardware and software for such an endeavor. Some of you may welcome the idea of a compact, lightweight, four-cylinder engine, such as the original M3. But it doesn’t. The B234 engines from the Aero model are durable because they are made from the beginning – strong mean machines.

Easy to tune to high power levels with minimal hardware upgrades, which are at least 3x cheaper then upgrading BMW engine to cope with same power, then ability to put out high power even with very bad fuel in Serbia…

Going Back to the Roots

However, a couple of years ago, the team gathered around this project decided to give up Saab’s engine and return to BMW.

Lest we go into detail, what actually drove this engine out of BMW’s engine compartment was a slight mortification of the engine before some air pressure was established in the system. But by that point it had to wait a while. Considering the 550 “horses” the car has thrown, the power aspect is not satisfied either.

The M3 Aero thus went down in history, for everyone’s example, but it was time to move on to something more powerful. The idea remained unchanged – a car that can comfortably be driven every day and has a 1000 horsepower.

The E30 M3 got the M3 engine. It was based on the S50B32 which was initially reinforced engine block, a modified crankcase and left with an active dual VANOS system… 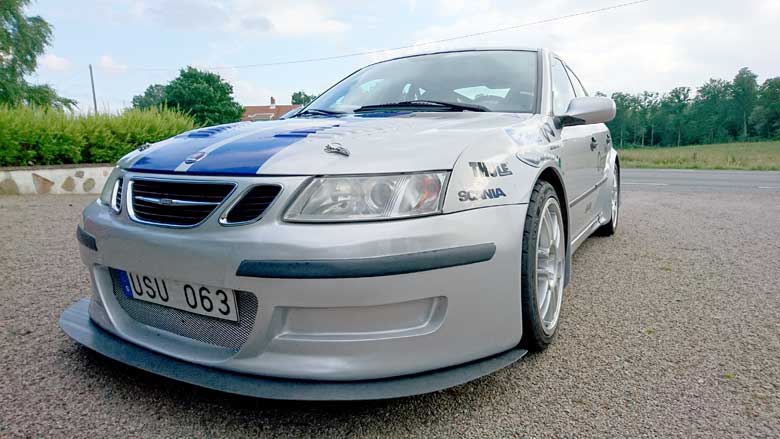 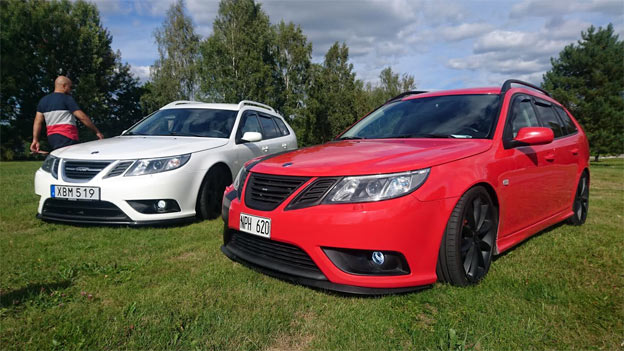 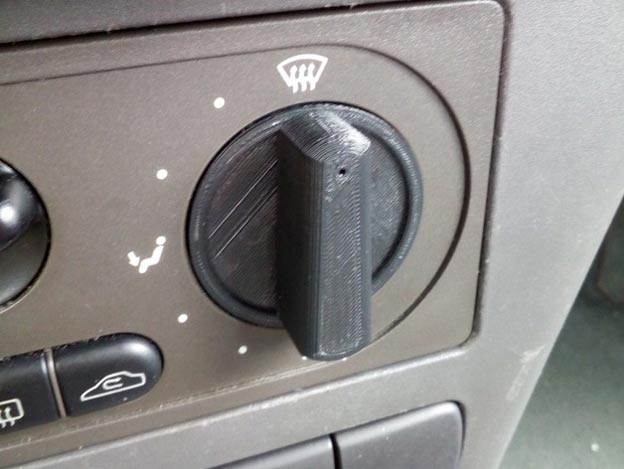 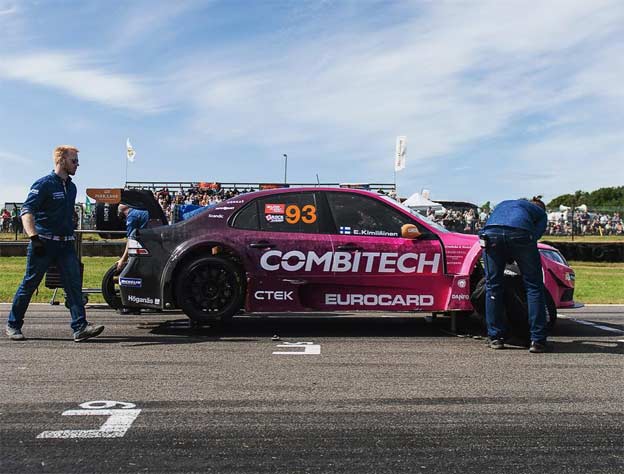 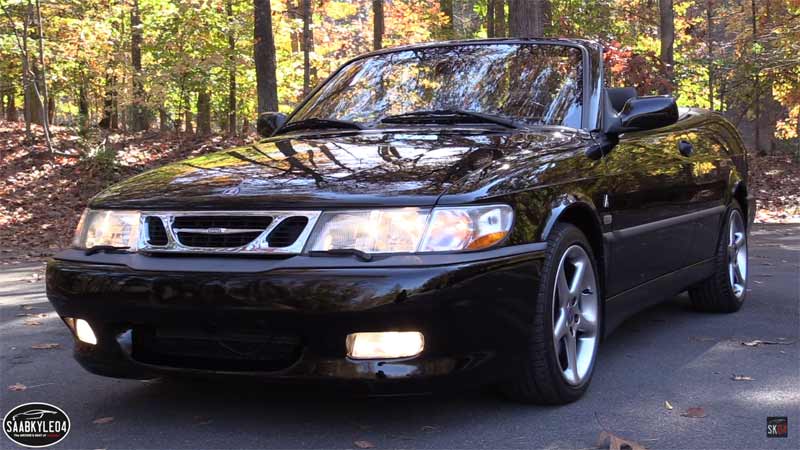 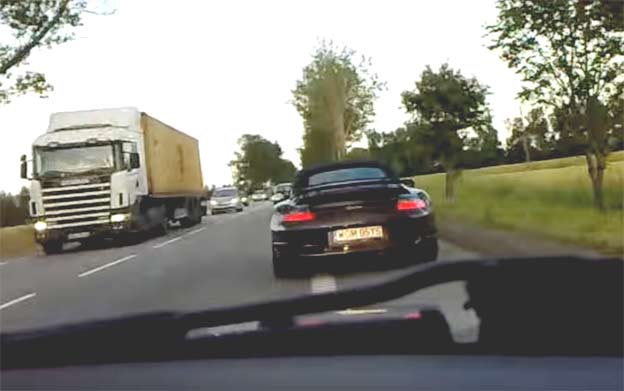